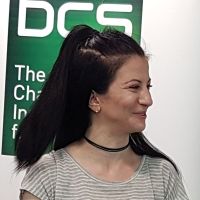 The outstanding achievements of two Computing Year 1 Undergraduates were recognised at an Award Presentation on Wednesday 24 July. Both student students, Dimitra Krezia (studying BSc Computer Science (Hons)) and Vince Goldman (studying BSc Computer Security and Forensics (with Professional Practice Year) (Hons)) gained an amazing A+ grade for every assignment in the four units studied with an average overall mark of well over 90%.

Throughout the year they have both been an inspiration to their friends and peers. Outside their studies, they have also been very proactive in taking advantage of the many extra-curricular events organised by the BCS Student Chapter, the Beds Computing SU Society and others.

Dimitra Krezia was rewarded for commitment to her studies with the BCS (The Chartered Institute of IT) Bedford Branch Student Prize which is given every year to the highest performing first year computing student in the University’s School of Computer Science and Technology.

Dimitra’s prize includes automatic membership of the BCS for the remainder of her studies and a £150 cash prize. Her certificate was presented by the Chair of the BCS Bedford Branch Dr Ip-Shing Fan from Cranfield University.

“Getting the first place and the BCS award was something unexpected for me, especially if you told me that I'd get it when I first started. I had almost zero experience with coding and computer science in general before joining the University, and I was scared that I would lack compared to other students.”

“The university helped me a lot in overcoming this anxiety by being very supportive towards mature students that have to work and by having a clear curriculum that allowed me to take my first steps into the very vast programming world. The teachers, in combination with the events organised during the year, contributed a lot to my success.”

“It was a very challenging first year, with long hours of study and work but it was also interesting and exciting to learn so much. In the end, I am honoured to receive this prize and see my efforts being rewarded in this way. I am looking forward to new, exciting challenges in my 2nd year.”

When Vince Goldman joined the University in October, 2018 he had only one year’s experience in computing after completing an Access Course.

“When I first arrived at University for the registration I found many interesting activities to attend and I had the opportunity to meet my new classmates. This experience was invaluable as I met people who would form my main group of friends - some of them on my course - some not. This group got larger and more diverse as the year continued. Luckily, this group also wanted to learn as much as I did and we competed in hackathons and took part in most of the other events the University provided for us. I learned much from my peers and these extra-curricular events, and we all had something to offer each other - whether it be softer skills such as motivation and confidence building, or programming and using tools I had never heard of.”

“I hope to continue my success next year.”

“It is great to see such dedication and hard work, and is great that we can reward it through the kind sponsorship of BCS” said Dr Paul Sant, Head of the School, Computer Science and Technology.

Sue Brandreth, Associate Lecturer at the University as well as committee member and Education Liaison Officer of the Bedford Branch of the BCS, said: “From the start is was obvious that both Dimitra and Vince were determined to do well and make the most of the opportunities that the University provides. They readily took advice from teaching staff about the best approach to learning and have really excelled. They have been model students and an inspiration to both fellow students and teaching staff”. 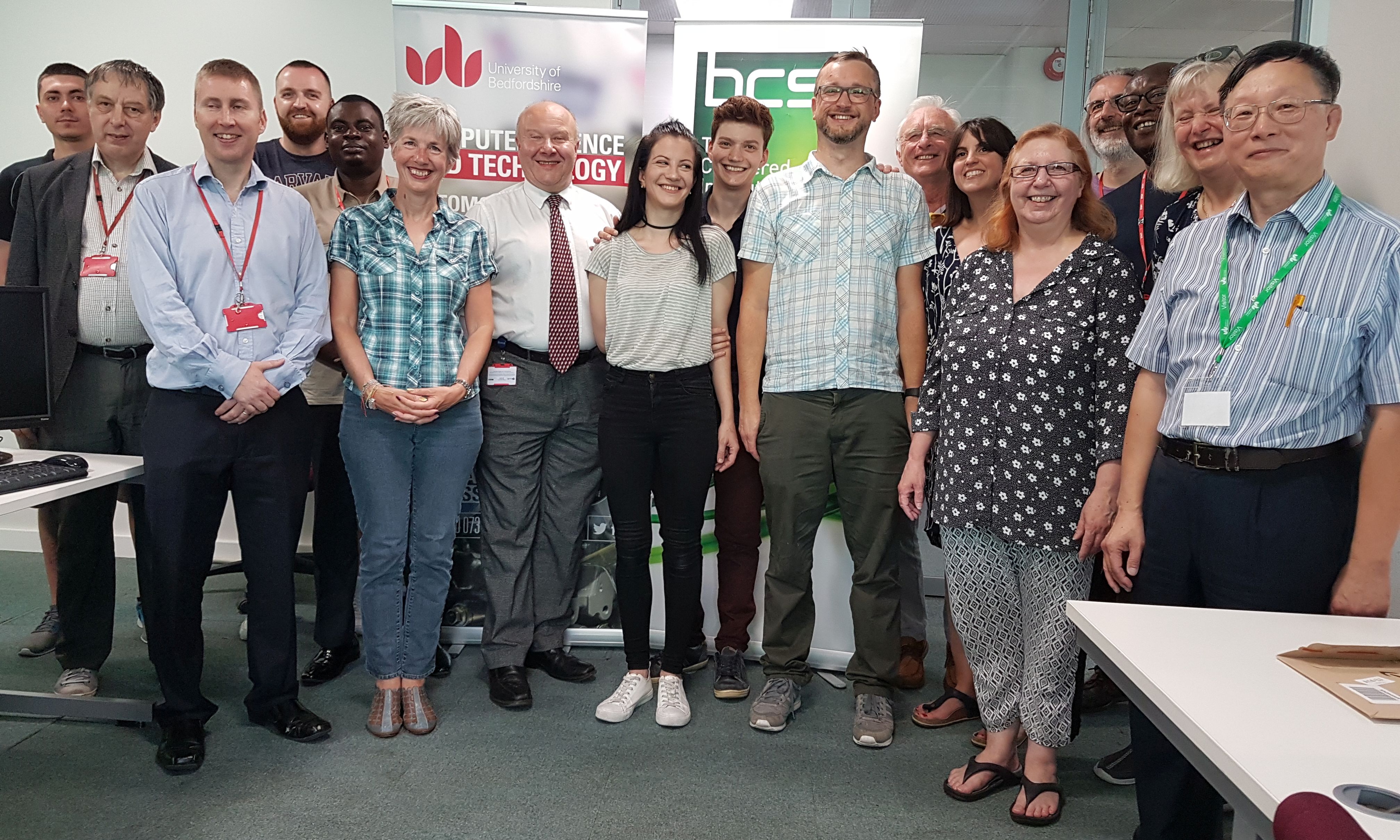